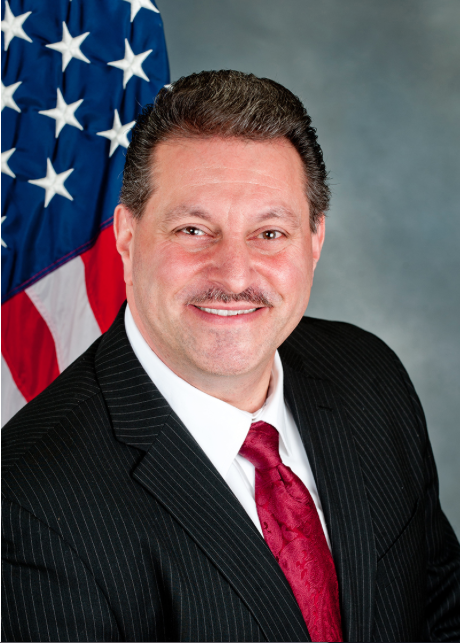 “Early detection is the only proven method of preventing prostate cancer,” Addabbo said. “That is why I am happy to provide this free service for the residents of my district.”

Appointments are necessary and space is limited. To make an appointment, call (718) 497-1630. Screenings will involve a PSA Blood Test. To be notified of exam results, please bring a single stamped self-addressed envelope. You must bring a Photo ID, such as a driver’s license, that contains an address.

Curbside parking and driveway access will be severely limited from Wednesday to Friday this week on 74th Street between Juniper Boulevard South and Penelope Avenue.

The New York City Department of Design and construction announced that restrictions will be in effect from 7 a.m. to p.m., weather and field conditions permitting.

Vehicles violating the order will be towed and/or ticketed. For information, contact the construction community liaison Lisbeth Lora at (718) 326-3840. See the flier below for more information: 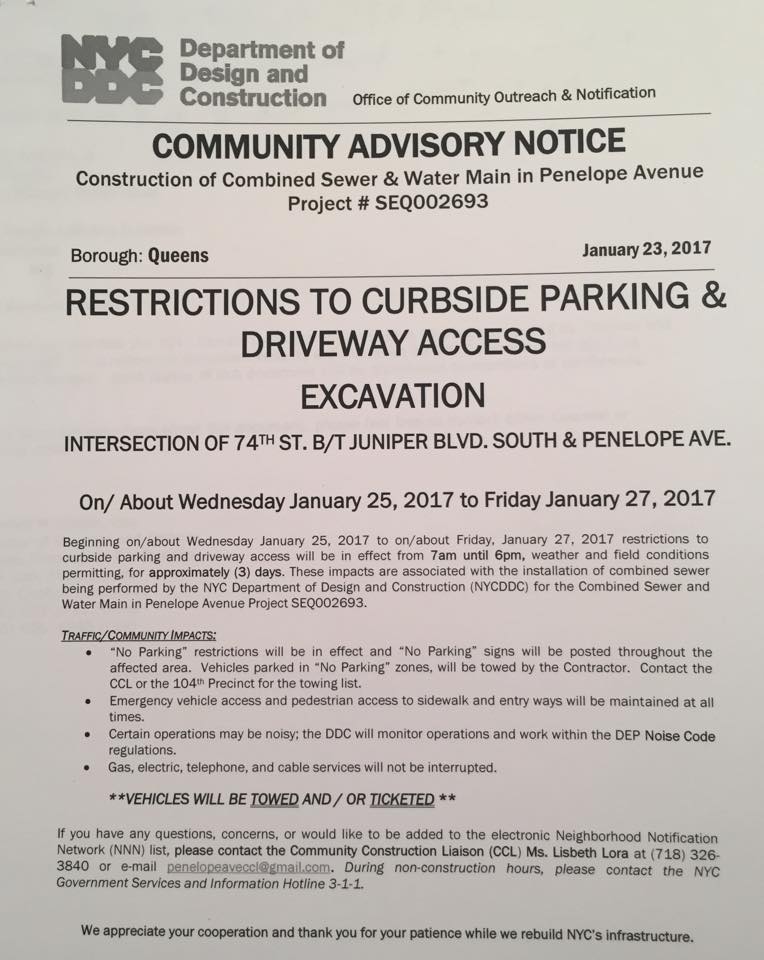 State Senator Joe Addabbo was joined by animal rights advocates in Albany recently to boost awareness for a group of legislative proposals aimed at proving a better life for animals in the state. Among those bills is a piece of legislation that would ban the practicing of declawing animals.

“I appreciated speaking with a number of constituents who came to Albany from Middle Village, Glendale and other areas to fight for the rights of animals to be safe, loved and free from cruelty,” said Addabbo. “Our cats, dogs and other companion animals become loving members of our families and deserve that same kind of respect. Unless you count barking, meowing, chirping and other unique creature communication methods, our animals don’t have real voices of their own to stand up for themselves and they depend on us to speak up on their behalf.”

One of the residents that joined Addabbo from Middle Village was Christina Gdisis, who volunteers as a District Leader for The Humane Society of the United States.

“I applaud Senator Addabbo for supporting bills that make such a big impact on the animals and people of our state,” she said. “The Humane Society of the United States provides me with opportunities to make important connections with legislators who make progressive changes for the welfare of animals. I’m happy Senator Addabbo and I can work together on these bills in our community”

The bills are, according to Addabbo’s office:

S.5084 would prohibit the declawing of cats or other animals in New York State, unless deemed medically necessary. The inhumane practice of declawing involves multiple amputations of the last bone of the cat’s digits. This ban would prevent negative health and behavior effects that could harm the animal, as well as decrease the number of animals surrendered to local shelters.

S.3201 would improve enforcement of animal cruelty by placing animal crimes under the penal code, which would provide greater accessibility of these statutes for law enforcement personnel, rather than keeping it under the state’s Agricultural and Markets law. This legislation would provide our police, judges and prosecutors with the tools they need to uphold laws that protect animals.

S.5944 would prohibit housing policies that discriminate against specific dog breeds. This proposal would help to ensure that responsible dog owners are not forced to choose between obtaining housing for their families and abandoning their beloved pets. 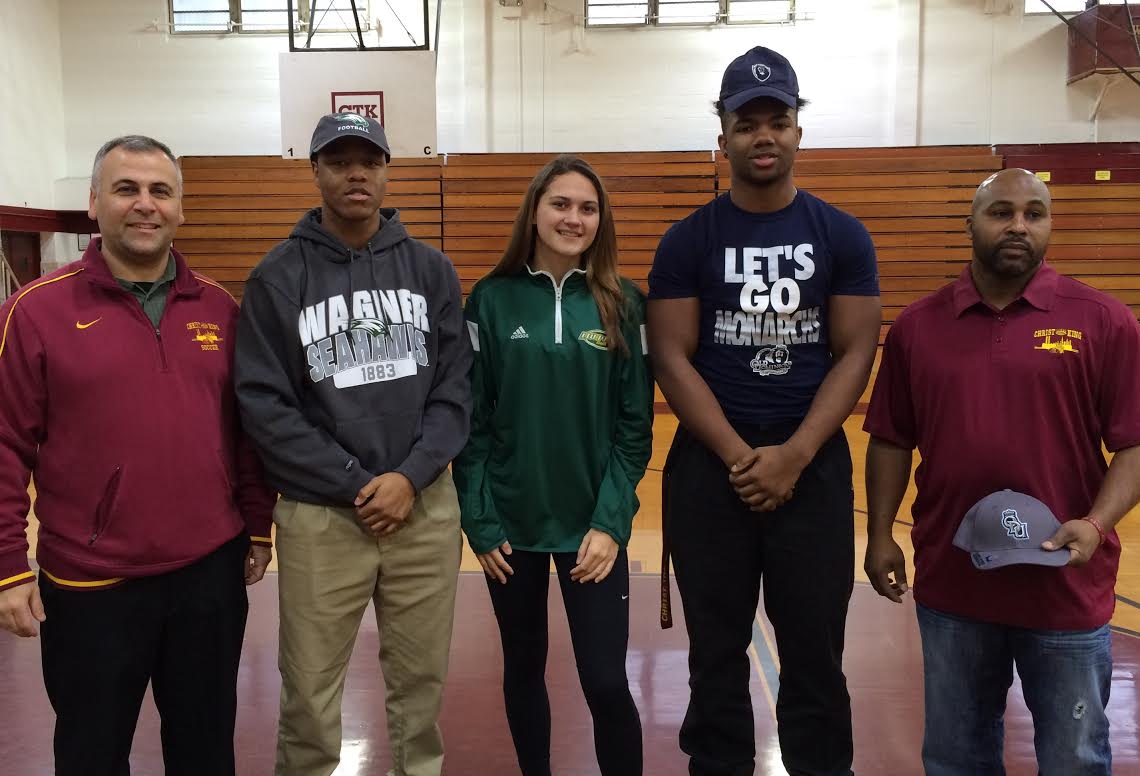 Three student athletes at Middle Village’s Christ the King signed commitments to play college athletics on national signing day. The school held a special rally last week to honor the students, who signed their commitment letters in front of friends and family.

Students at Middle Village’s Christ the King High School held their annual Thanksgiving canned food drive this month. In total, students collected 15 boxes of food, along with a money donation of $250 for St. Matthias Food Pantry.

The food drive was sponsored by the CK Campus Ministry, under the supervision of Sister Elizabeth Graham.