Though snow blanketed many New York City fields in February, Queensboro FC is almost ready to take the field for their inaugural academy season. Under the cover of the Sports Underdome in Mount Vernon, the incoming USL Championship club held their first team practices.

Early in February, QBFC announced their first three signings: Leo Guarino of East Rockaway, Maspeth native Piero Elias, and Spanish goalkeeper Pol Rodriguez Subirats. The trio were the first officially named to the academy’s 23-player roster, and the coaching staff are thrilled to get working.

Guarino spent time with multiple US Soccer Development Academy teams, playing for the NY Red Bulls and NYCFC. After NYC discontinued some of their academy teams, the attacking midfielder joined the NY Cosmos, who were forced to make a tough decision to indefinitely suspend play.

“I saw a talented player in a special situation,” said Gutierrez. “There were many players who couldn’t find a team, and we want to put him in a good spot because we think he’s a player for the future.”

Defensive midfielder Piero Elias was the second signee, and the first to come from the club’s home borough. A native of Peru, the defensive midfielder found a home in Queens, spending time with the Met Oval Academy, with a brief stint with NYCFC.

For Gutierrez, Elias marks an important first step in bringing out the brightest in local talent.

“We are very focused on the community here, we believe there is a lot of talent in Queens we have to discover.,” he said. “The local academies and clubs will play a big role for us.”

The club’s first foreign signing is goalkeeper Pol Rodriguez Subirats, who joins from Spanish third-division side Gimnástic de Tarragona. In the club’s first attempt to fuse international and local talent, coaches have faith in the young keeper’s ability to play Gombau’s game.

With time ticking down before they take the field for the first time, players and coaches alike recognize that there is plenty of work to be done.

“The players are dying for it,” said Juan Cruz, a former Bayside High School goalkeeper who tried out for the club. “The coaches bring a lot of intensity and the players bring a lot of emotion. “Everybody goes 1000 percent for every ball and they know that nobody’s places are there.”

“I think the hardest part right now is building a roster and bringing in players during the season,” said Gutierrez. “It’s a new team so it will be difficult, but it will be a great experience. For most of the players, I think it’ll be a privilege.”

For Gutierrez, the hard and endless work still rewards him and his fellow coaches. QBFC’s short history has had its fair share of setbacks, and in the face of adversity, the young club has set strong goals for community involvement and the creation of a truly great Queens soccer club.

“We’re creating everything from scratch and the process is amazing,” said Gutierrez. “Every day you have to find a new solution and you’re learning every day. That’s the beautiful part of creating a new club.” 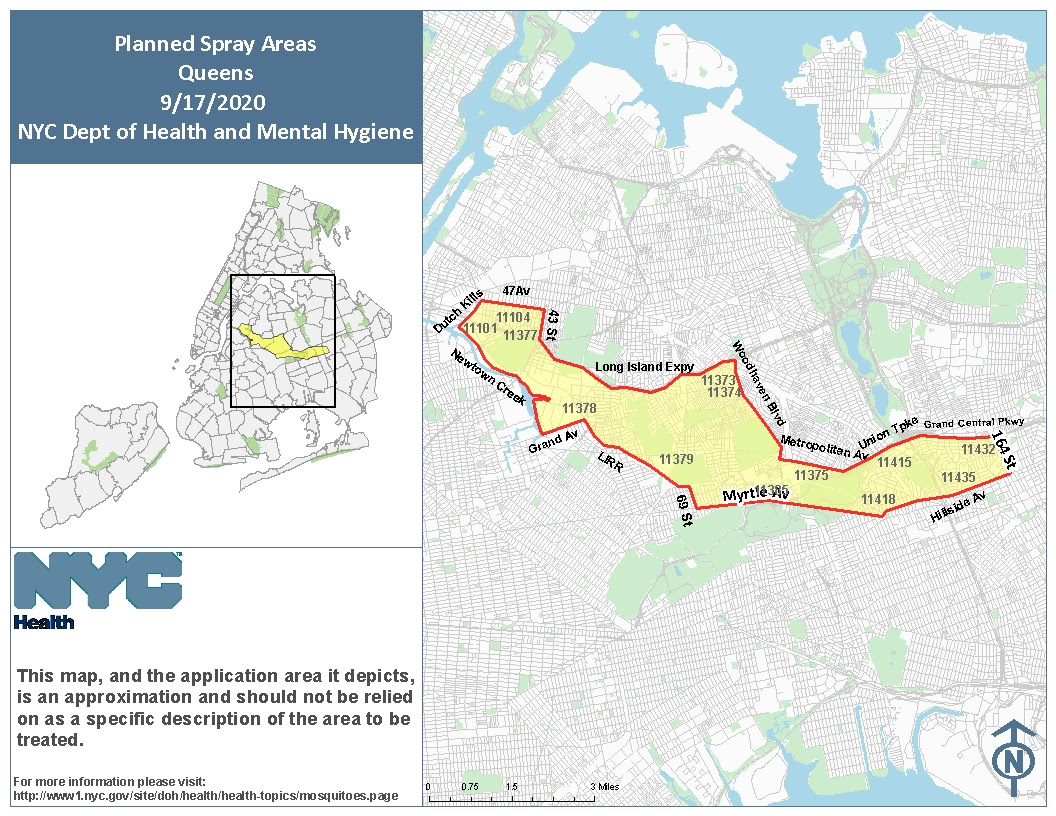 The Health Department is conducting aerial larviciding treatment to parts of Queens to reduce mosquito activity and reduce the risk of West Nile virus on Thursday, September 17 from 8:30 p.m. to 6 a.m. the following morning.

In case of bad weather, the application will be delayed for Monday, September 21.

The department will use very low concentrations of DeltaGard or Anvil. The risks of the pesticides for mosquito control are low to people and pets.

Some people who are sensitive to spray ingredients may experience short-term eye or throat irritation or a rash.

To stay safe during spraying, residents are advised to stay indoors whenever possible. Air conditioners can remain on. 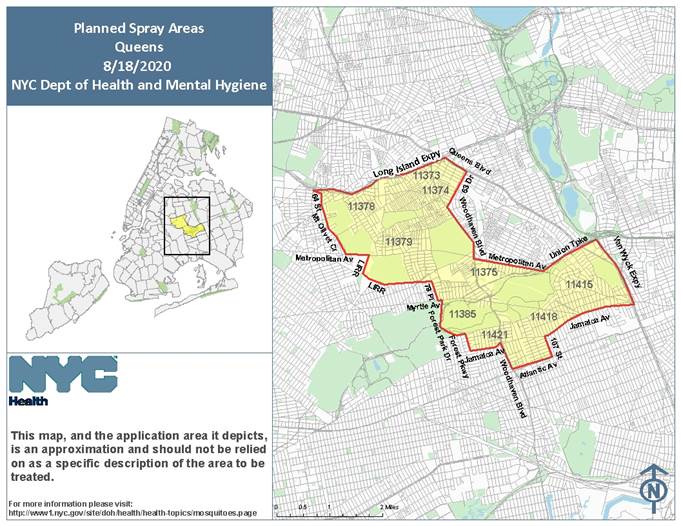 The Health Department is conducting aerial larviciding treatment to parts of central Queens to reduce mosquito activity and reduce the risk of West Nile virus on Tuesday, August 18 from 8:30 p.m. to 6 a.m. the following morning.

In case of bad weather, the application will be delayed for Wednesday, August 19.

The department will use very low concentrations of DeltaGard or Anvil. The risks of the pesticides for mosquito control are low to people and pets.

Some people who are sensitive to spray ingredients may experience short-term eye or throat irritation or a rash.

To stay safe during spraying, residents are advised to stay indoors whenever possible. Air conditioners can remain on. 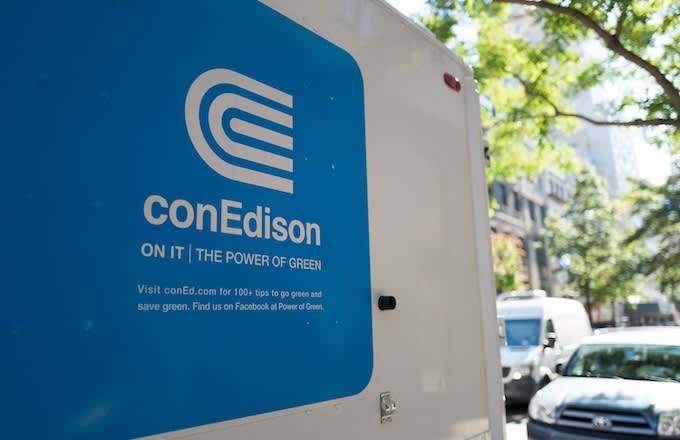 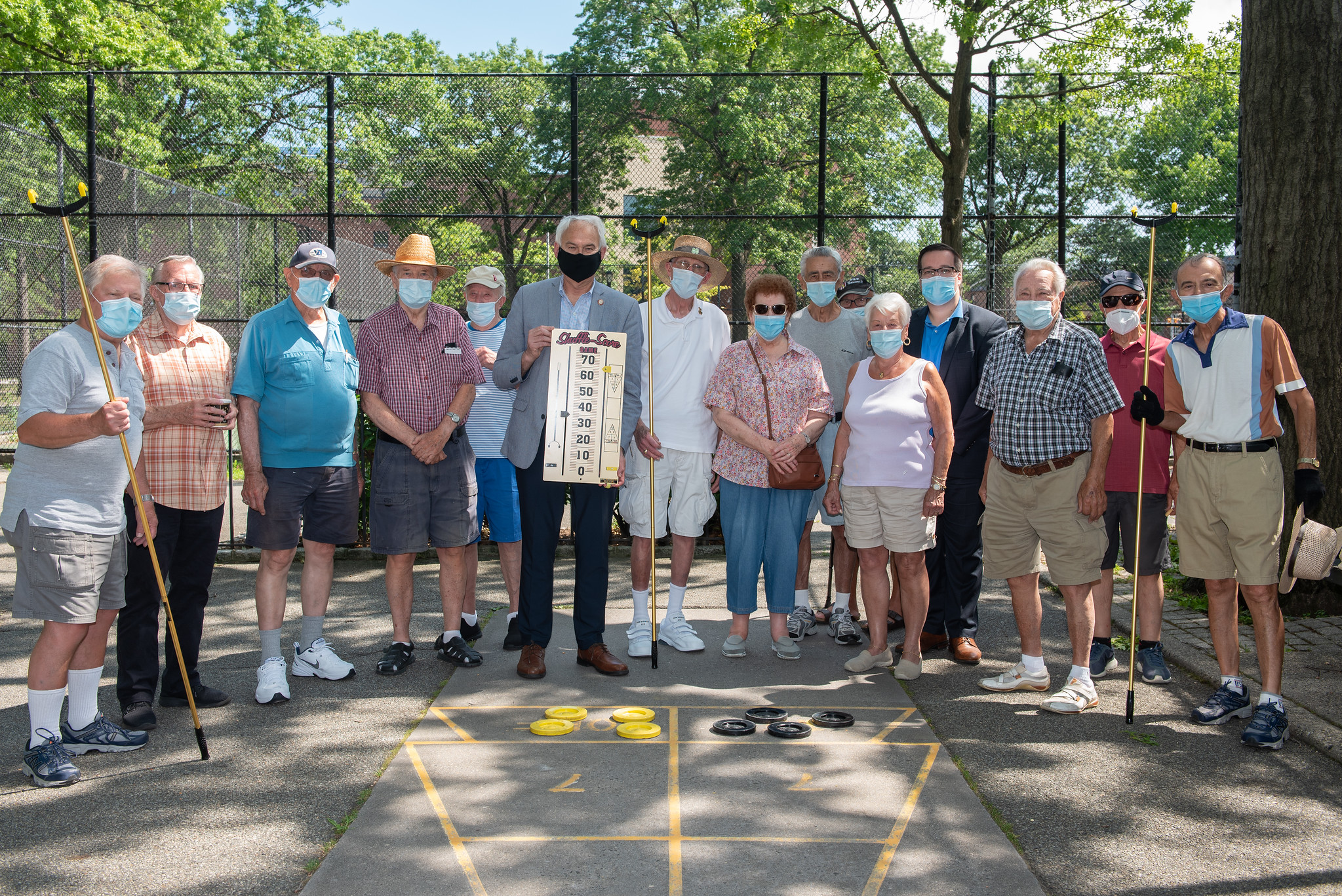 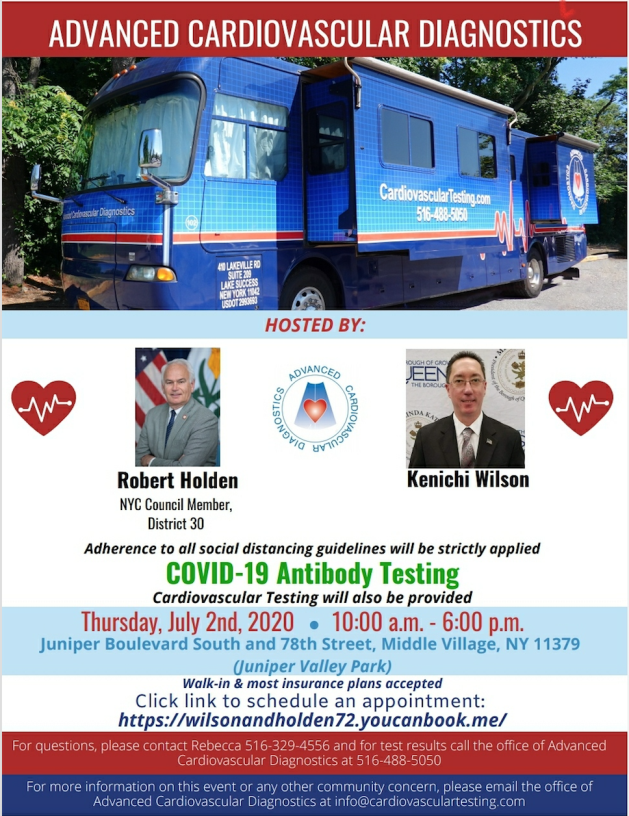 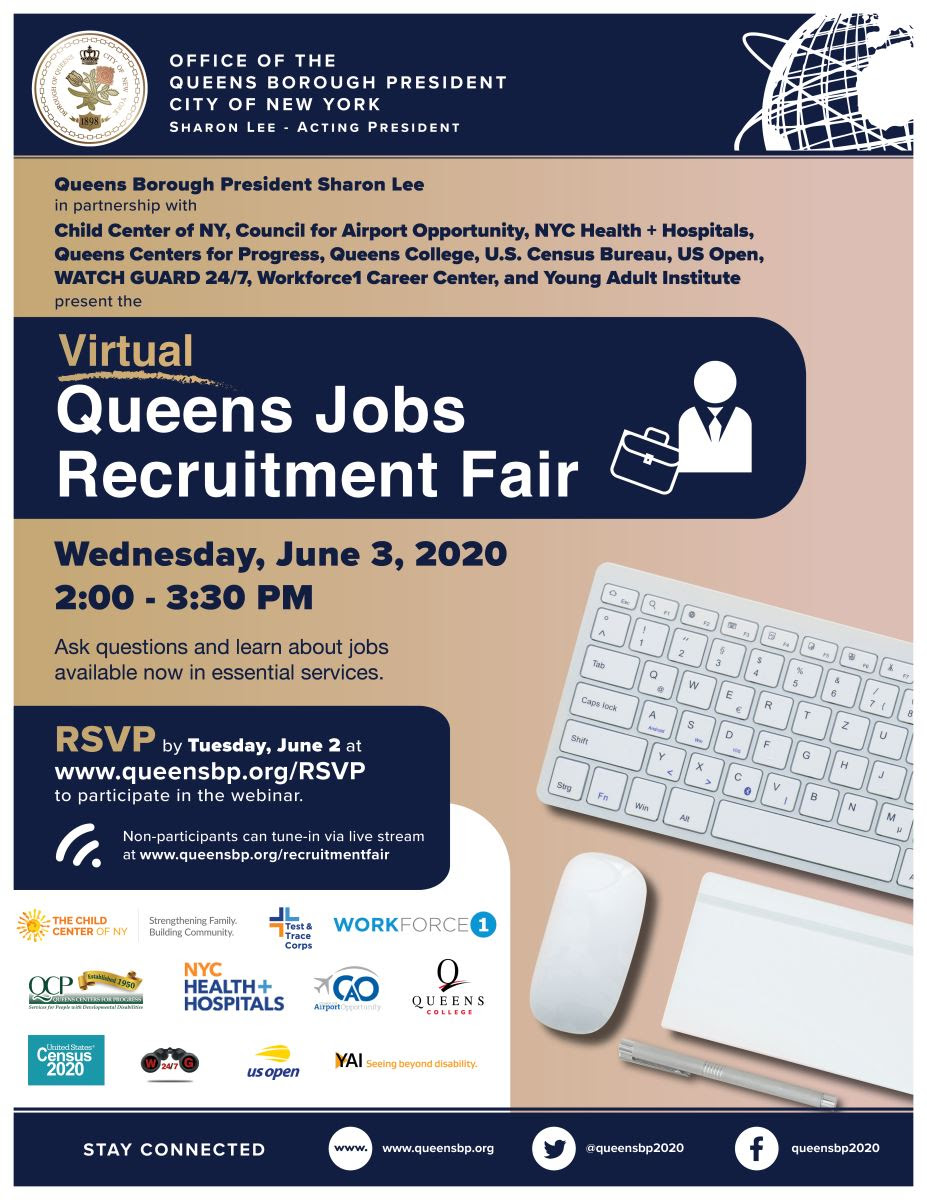 The 104th Precinct is warning residents about thefts of vehicle rims and tires.

Although community members may not be in their cars as much during the COVID-19 pandemic, residents should still check their cars daily.

Rims and tires are being targeted, especially Honda, Nissan and Toyota models, according to the NYPD.

The police department is offering tips including activating any security devices, using a garage and parking your car in a well-lit area.

Car owners can also turn their wheels when parking, making them difficult to remove. 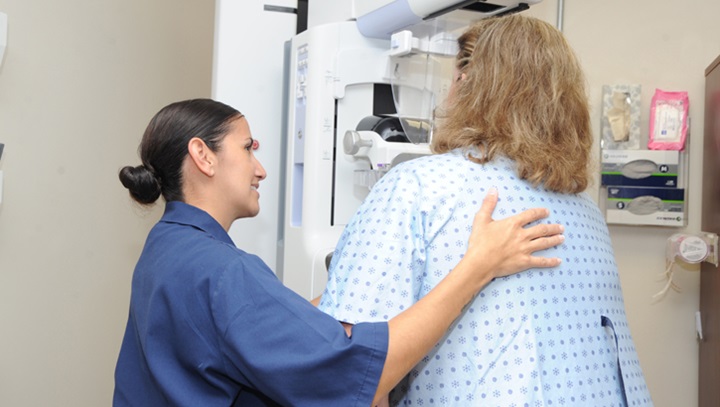 No co-pays are required, and deductibles are waived. Uninsured patients are also welcomed.

Here are the eligibility requirements: