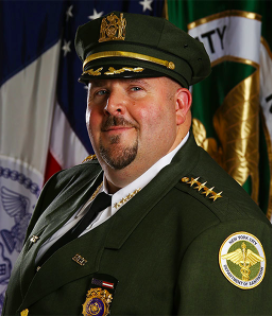 One of Middle Village’s own has taken the helm at the Department of Sanitation.

Last week, Mayor de Blasio appointed Edward Grayson as the Acting Commissioner of DSNY. Grayson, who was raised in Middle Village, was the agency’s director of the Bureau of Cleaning and Collection.

The four-star chief first joined the sanitation department in 1999. He has held a range of positions, including operations chief.

As Director of the Bureau of Cleaning and Collection, Grayson oversaw day-to-day operations, including the collection, recycling and disposal of more than 1,200 tons of waste per day.

Grayson’s father was a lifelong sanitation worker and supervisor. His mother was a recycling outreach coordinator during the rollout of the city’s citywide recycling program in the 1990s.

We wish Grayson the best of luck!